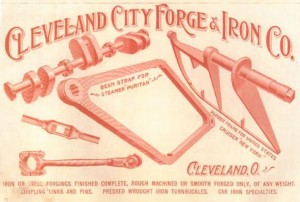 For over 150 years, Cleveland City Forge has maintained an incredible history as a manufacturing leader in Forged Steel Structural Hardware.

By the early 1900’s, ship transportation flourished as passengers and cargo were transported from port to port.  Soon, cities were established and communities began to grow bringing rise to the Construction industry.

To support this thriving Construction activity, in 1920, Cleveland City Forge & Iron applied their innovative manufacturing methods and expanded the marine product line to include Clevises and Turnbuckles.

As the demand for forged steel structural hardware continued to grow, it became apparent that industry wide technical standards for product quality and safety be established.  Recognizing this in the early 1950’s, ASTM (American Society for Testing and Materials) in partnership with Cleveland City Forge, developed quality and performance standards for the Clevis and Turnbuckle product lines.  Those standards still remain in place today.

The Industrial movement brought new innovations in technology where trains more efficiently crossed the continent and the assembly of trucks and automobiles opened up opportunities for Cleveland City Forge to produce truck parts, crank and cam shafts, axles and even electric rail signaling equipment.

By the 1960’s, Power Plants began emerging worldwide to provide clean, safe energy to growing communities. To support this energy modernization, Cleveland City Forge produced Clevises, from special grade raw material, as a critical component to these Power Generation units.  Today, we still manufacturer these parts to support this industry.

With the start of the 21st century, Cleveland City Forged evolved to provide standard and custom structural hardware to national and international partners in Construction, Energy, Lifting and Rigging, and various Industrial Markets.

Since our start in 1864, we have seen many changes throughout our business.  With change, we understand, comes opportunity.  For over 150 years, Cleveland City Forge has been on the forefront of innovative manufacturing.  As we celebrate our Sesquicentennial, we not only reminisce about our successful past, but look forward to a future filled with opportunities with our old partners and new to support the most amazing projects to come! 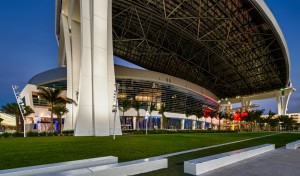 CAD drawings are available in our CAD Library, or can be furnished upon request